HR expert speaks to the cost of remote work, and reveals new findings from the Employco 2021 Return to Work Survey 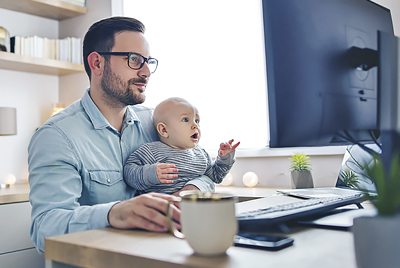 A new survey has found that over 65% of companies have delayed their plans to return to the office due to COVID variants. The decision to stay remote, which is being called ‘The Great Wait,’ could wind up costing American businesses hundreds of millions.

Rob Wilson, employment trends expert and President of Employco USA, a national employment solutions firm with locations around the country, comments on this breaking news.

“Google has just delayed their return to the office until January 2022,” says Wilson. “Other companies like Facebook, Starbucks, Amazon, and Apple have released similar timelines. Sadly, however, this abundance of caution may end up being very costly.”

Wilson says that around 4.7 million Americans are currently working from home, but data reveals that those who WFH full-time are 70% less productive than workers who are back in the office. Employco USA, which led a nationwide ‘Return to Work’ survey, found that employers are beginning to feel the pangs of WFH employees and their decrease in productivity.

Wilson says this can be attributed to burnout after over 1.5 years out of the office, with many employees becoming increasingly disengaged and dissatisfied in their roles.

“Many workers have just hit the wall when it comes to their ability to work from home indefinitely,” says Wilson. “Companies keep moving the goalpost and it’s starting to feel as though the ‘new normal’ is always going to mean working from home in your pajamas. Without being in-office, those opportunities for growth, promotion, bonuses, and other incentives just aren’t there. Employees miss out not only on the connection with their fellow workers and managers, but they miss out on being mentored and being truly seen and valued for their work. So, it’s no wonder that people are beginning to ‘phone it in’ on a mass scale. Sadly, it’s going to really impact companies’ profits as well as the economy overall, not to mention, individual career growth and development.”

For more on this topic and the full survey results, please contact Rob Wilson at rwilson@thewilsoncompanies.com.