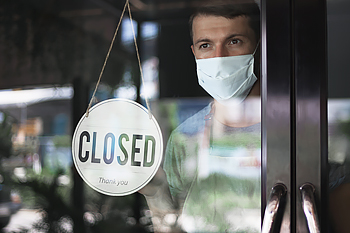 Americans are continuing to leave their jobs in droves. The number of people who quit their positions has skyrocketed to a record-high 4.3 million.

“According to the latest jobs report, there are 10+ million job openings, but only 194k Americans have recently taken a new position,” says Rob Wilson, employment trends expert and President of Employco USA, a national employment solutions firm. “Hiring managers around the country are scratching their heads, wondering: Where is everyone?”

Wilson says the disappearing American worker can be attributed to several factors.

“We know that a record 4.3 million people quit their jobs in August, with people in the food and retail industries being the most likely to duck out,” says Wilson. “Many people have quit due to vaccine mandates and mask mandates, whereas others find interpersonal jobs like working in a restaurant or retail to be too demanding and too high-risk during the pandemic. Workers find that constantly asking customers to mask up or give personal space is very draining and unrewarding.”

“Offices are asking people to come to back to work, and it’s leading many people to realize they just can’t hack a regular 9-5 anymore,” says Wilson. “They got used to the flexibility and freedom of working from home, and now the idea of putting on a business suit and hitting the commute again is unappealing.”

So how are Americans getting by?

“It’s not unemployment alone,” says Wilson. “In fact, jobless claims have dropped to their lowest since the pandemic began.”

With so many people not working, why have jobless claims decreased?

“The jobless claims might have reduced because people fell off of unemployment,” says Wilson. “So, they’re not necessarily working, but they can no longer access unemployment checks. However, food stamps and other government aid programs are back at a high level, plus the government is still sending out checks if you have kids.”

However, Wilson says that eventually things are going to have to give.

“The pandemic isn’t over yet, and people aren’t ready to go back to normal. They’re still clinging to how life was in the early pandemic, when they could work in their PJ’s and own their days more fully,” says Wilson. “But I think once the COVID fears decrease, and people begin to see that life must go on, there is going to be a strong renewed interest in getting back to work. Until then, however, employers and all Americans are going to feel the strain, because without workers, this country can’t succeed.”