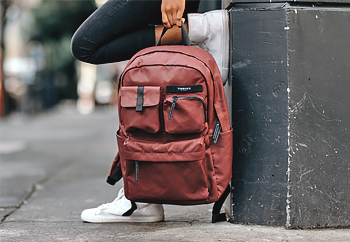 A Pew study recently revealed that the number of teens with summer jobs has been on a steady decline for the last 2 decades. While almost half of American teenagers used to spend their summers scooping ice cream, slinging burgers, or working at the mall, now only around one-third of teens will spend their summer months employed.

“It’s not just that teens don’t necessarily want to find summer employment, but that the employment opportunities themselves have changed,” says Rob Wilson, employment expert and President of Employco USA, a national employment solutions firm. “There are less entry-level jobs available for these unskilled workers, and with new robotic technology at fast-food restaurants and fast-casual chains, these young would-be workers are being automated out of employment.”

“When so-called ‘anchor’ stores such as Sears or JCPenney close down, it becomes very problematic for the mall as a whole,” explains Wilson of Employco USA. “Filling that retail space is very difficult, and with giants like Sears experiencing a major decline, that means that many malls across the country are going to be left with huge vacancies. This puts all the stores within the mall at major risk, from your kiosks to your pretzel stands to your small clothing stores.”

In addition, teens are now shifting their focus from flipping burgers to working internships in their desired field of employment, especially as President Trump has made internships more widely available to teens.

“In recent years, controversy over unpaid internships has meant that some companies have decided to change their policy regarding student interns,” says Wilson.

But President Trump might be reversing that trend, as new policies regarding unpaid internships will loosen up the regulations that companies formerly faced.

“Under recent provisions to the Fair Labor Standards Act, it is now legal for employers not to pay interns, provided that the intern benefits more from the working relationship than the employer does,” says Rob Wilson, employment trends expert and President of Employco USA. “It is also important that the intern does not perform any tasks or functions which would replace the efforts of any existing employees.”

In other words, says Wilson, these provisions could make it easier for students to find internships than in previous years, while simultaneously protecting the jobs of paid workers.

“Just because teens aren’t working at the mall or the ice cream store anymore doesn’t mean that there aren’t ways for them to stay busy and gain experience at the same time,” says Wilson. “Internships are a great option for summer work, especially for teens who still live at home and have Mom and Dad to help pay bills.”