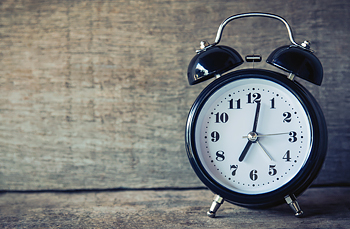 Starting in January 2020, important changes are coming to Americans’ paychecks. Beginning in the new year, new overtime provisions from the Fair Labor Standards Act will go into place.

“Previously workers were automatically entitled to overtime pay only if they earned $23,660 or less a year,” says Rob Wilson, employment trends expert and President of Employco USA, an employment solutions firm with locations across the county. “But, starting in just a handful of weeks, that salary ceiling will be raised to $35,568. Under this new ruling, these workers are entitled to receive one and one-half times their regular pay if they work more than 40 hours in a week.”

But it is not just workers who earn under the $35,568 threshold who will be eligible for overtime.

“If a worker earns more than $35,568, but their duties are not managerial, they may still be eligible for overtime,” says Wilson. “That is why it is so important for employers to become educated about the regulations in their specific industry and in their state. An employment solutions firm like Employco can be invaluable in helping employers to demystify these evolving overtime requirements.”

Over 1.3 million U.S. workers will be impacted by this upcoming overtime provision. However, Wilson says, the number is much lower than what the Obama administration tried to accomplish during President Obama’s tenure in office.

“Since 2016 when President Obama signed an overtime law which made employees who earned less than $47,000 a year eligible for compensation, many small business owners were fearful that they would not be able to keep pace with new requirements for overtime compensation,” says Wilson.

In the following years, both Republicans and Democrats have struggled to agree on an overtime solution, until revealing their new decision in September. Now, this decision will shortly go into effect, and Wilson says employers must be prepared for how this will impact their bottom line.

“Some employers may prefer to give their employees a raise rather than pay overtime,” says Wilson. “Others may opt to be more mindful of the extra hours their employees work. It’s important to sit down and crunch the numbers to see how this new DOL overtime ruling is going to change your workplace.”