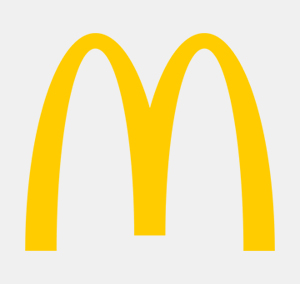 Research shows that violence at fast food restaurants is not an uncommon occurrence, with these establishments facing more than twice the level of violent crimes as full-service eateries.

But how responsible are employers for protecting employees from workplace violence? A group of McDonald’s workers are contesting that their employers have not done enough to protect them from the onslaught of customer abuse that has been rampant at many locations, specifically those located in Chicago, IL.

“While the ‘Fight for 15’ has been at the center of conversations about the fast food industry, a new concern is emerging for these minimum wage workers. A group of 17 McDonald’s workers in Chicago are bringing to light the dangers they face on the job, and asking the fast food giant to do more to protect its staff,” says Rob Wilson, human resources expert, Chicago native, and President of Employco USA, a national employment solutions firm with locations across the country.

Wilson says that the McDonald’s employees contend that there is a “citywide and nationwide pattern” of violence directed either at or around McDonald’s workers from unruly customers.

“They are pointing to the high incidence of emergency situations at their places of employment, including up to 20 calls to 911 on any given day at one Chicago McDonald’s,” says Wilson. “And other statistics show that there have been over 700 violent incidents at McDonald’s locations in the last 3 years.”

The employment expert says that companies are not expected to be able to prevent or predict aggressive behavior from customers, but they do have a duty to provide reasonable support and protection for their workers.

“This is going to be a landmark civil case,” says Wilson. “It is going to change the way many companies address fears among their staff, and it would behoove employers to start being more proactive right now, such as by offering increased training to staff when it comes to handling violent customers, as well as offering support and resources to employees such as mental health care in the wake of traumatic incidents in the workplace.”

Wilson also notes that companies who fail to institute safety protocol like security cameras or employers who fail to enforce strict bans against customers who have been aggressive to staff in the past may be held liable in the future.

“Many managers and employers are quick to take the ‘customer is always right’ approach, but if it means tolerating abuse of your workers, the situation can quickly become untenable and put your workers at unnecessary risk,” says Wilson. “Protecting your staff’s dignity and physical safety when confronted with angry customers has to be as paramount as other workplace safety protocols.”