Human resources expert explains the impact of the Fair Chance Act on employers outside the gov. realm 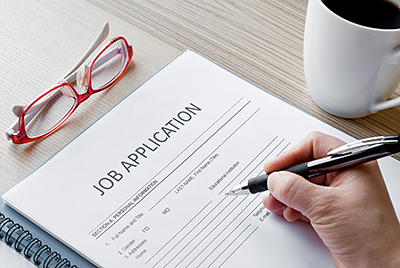 Last week the House Oversight and Reform Committee passed a bill which would effectively “ban the box” that would keep federal agencies and contractors from asking potential employees’ about their past criminal history, until after these applicants had been offered a conditional employment offer.

Known as the “Fair Chance Act,” the measure is meant to help previously incarcerated individuals increase their ability to rebuild their life post-conviction.

But what does this mean for employers?

“Currently, this legislation only prohibits federal agencies from including a criminal history box on their application and from asking these questions in interviews before a conditional job offer is made,” says Rob Wilson, President of Employco USA and human resources expert. “However, ten states (and the District of Columbia) have ban-the-box laws that apply to private employers— including California, Illinois, Hawaii, and New Jersey, and other companies such as Target have banned the box across state lines at all of their locations.”

Wilson says this number will likely continue to grow, but he explains that banning the box doesn’t mean that employers have no rights when it comes to establishing a person’s character and mental health.

“In most states, you can do a criminal background check on your applicant after a tentative offer has been made,” says Wilson. “But instead of banning people outright, you will have time to interview them and find out who they really are, rather than be dissuaded by a checked box that won’t tell you the whole story.”

However, Wilson believes banning the box could potentially give rise to a host of issues.

“Possible safety concerns are only the beginning. Not only do criminal background laws vary from state to state, but they even vary from city to city. Employers will have much more legwork when it comes to staying on top of changing legislation, and they will also have to grapple with potential litigation and penalties. This is why many employers will likely opt to outsource their hiring to employment firms, as it will be more cost-effective and it will remove the legal headaches.”