A brand-new, international study from a team of Danish researchers sought to discover what impact paternity leave policies had on companies. The economists found that paid leave had no demonstrable negative impact on a company’s bottom line.

The economists’ findings should be heartening to American employers who could be facing changes to paternity leave policies in the near future.

“In America, 1 in 4 women go back to work within 10 days of giving birth,” says Rob Wilson, human resources expert and President of Employco USA, a national employment solutions firm. “Currently, under the Family and Medical Leave Act (FMLA), eligible employees are able to take up to 12 weeks off work after having a child or adopting a child, but this time off is often unpaid.”

However, recent legislation which just passed in the Senate could mean that over 2 million Americans may now have access to paid paternity leave.

“The spending bill made paid paternity leave a reality for civilian workers who are employed by the government,” says Wilson. “The bill, which had enormous support in the Senate, gives 12 weeks of paid paternity leave to any civilian government employee who births, adopts, or fosters a child. Employees must have been at their position for at least one year in order to receive this benefit.”

END_OF_DOCUMENT_TOKEN_TO_BE_REPLACED

Starting on January 1st, Nevada became the first state in the nation to make it illegal for a company to discriminate against potential hires who test positive for marijuana during drug screening.

“This is a sign of things to come,” says Rob Wilson, human resources expert and President of Employco USA, a national employment solutions firm with locations across the country. “Nevada is starting a trend that we will soon see in many states across the country.”

The employment expert says that as medical and recreational marijuana are now legal in many states across the country, it won’t be long before other cities and states join Nevada in making it illegal for employers to discriminate against employees for using marijuana in their personal lives.

“While some professions such as EMTs or firefighters will still have these regulations, in general, job candidates will no longer be penalized for marijuana use,” says Wilson. “Your ability to monitor drug use among your employees is going to depend on whether or not you are a unionized or private workplace. While you have the right to expect and require sobriety from workers on the job, it can become a bit tricky when you suspect drug use and want to act on your fears.”

END_OF_DOCUMENT_TOKEN_TO_BE_REPLACED

HR regulations and government policies are always changing, Employco is your resource for the latest industry news – from new government compliance and regulations to employment law updates, and more. Make sure to subscribe to our newsletter to stay up-to-date! 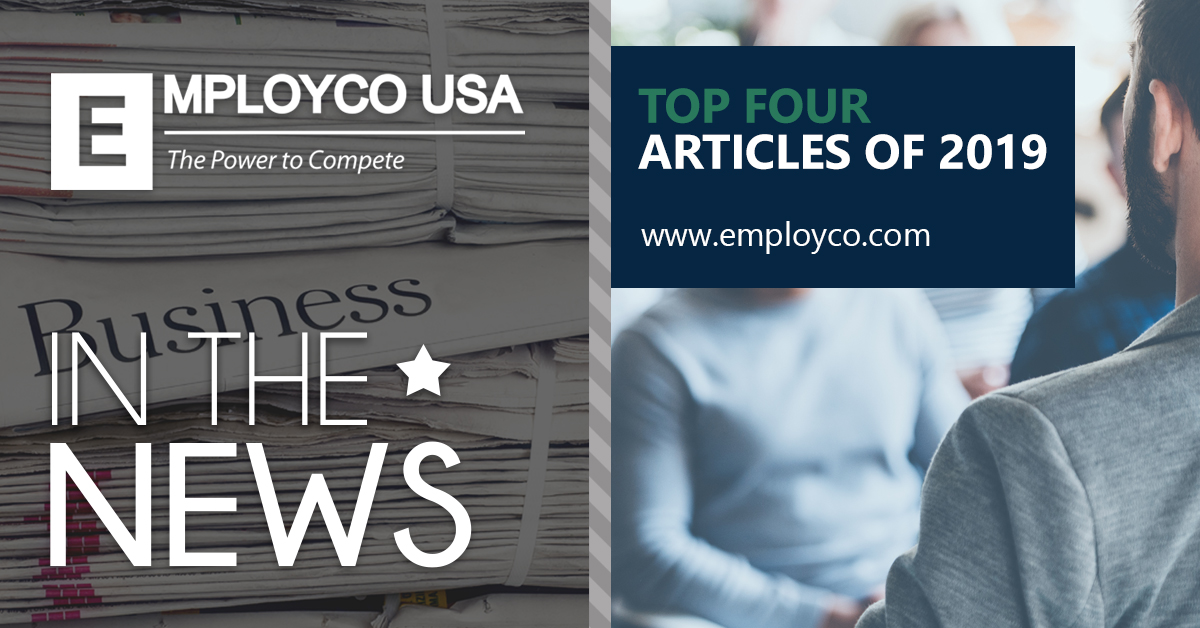 On behalf of all of us at Employco USA, we wish you a Happy New Year! 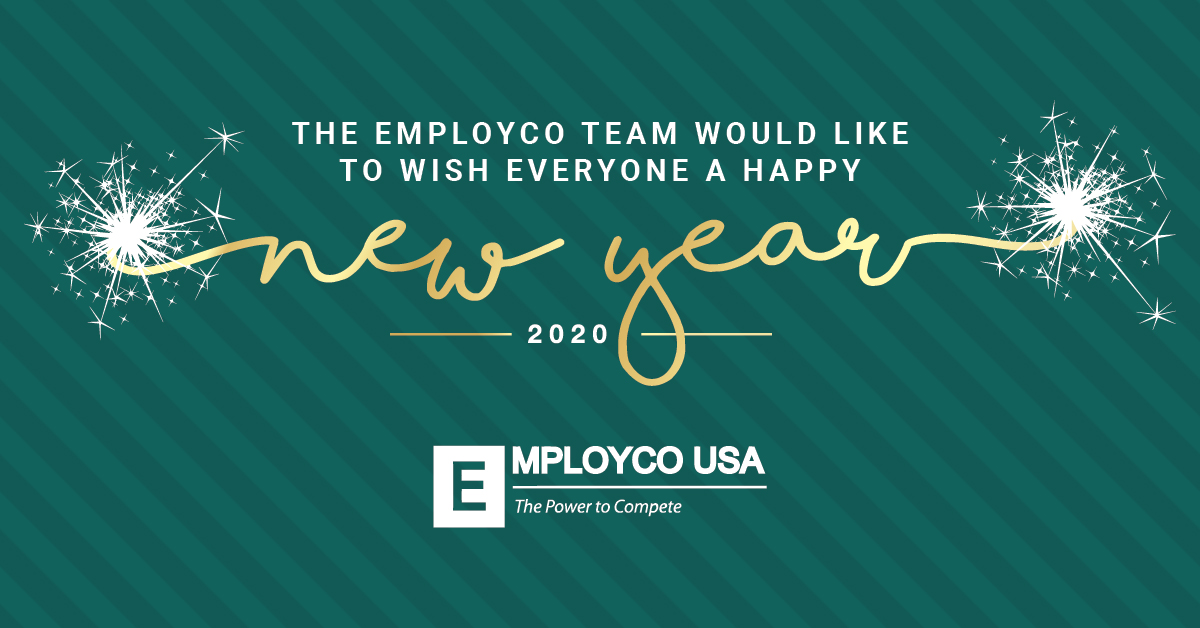 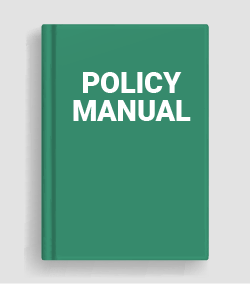 After shocking crimes of sexual assault came to light thanks to the #MeToo movement, many employers have been inspired to rededicate themselves to making their workplaces safer and more equitable for men and women. But, starting January 1, 2020, new changes to sexual harassment policies will require all companies to pay closer attention to this very important issue.

“We are finally starting to see people take sexual harassment in the workplace more seriously, and the new regulations coming into effect in 2020 reflect that,” says Rob Wilson, President of Employco USA and human resources expert. “These regulations will vary from state to state and be dependent upon the size of your company and the number of employees you have, but there are several things that employers need to know.”

For Illinois employers, Wilson points to Public Act 101-0221 (the “Act”) which was created to strengthen sexual harassment policies in the workplace and ensure that all employees are better protected from sexual impropriety and predation.

END_OF_DOCUMENT_TOKEN_TO_BE_REPLACED

On Dec. 5, 2019, the Internal Revenue Service released an updated version of its W-4 form, also known as the “Employee’s Withholding Certificate.”

Employers use IRS Form W-4 to determine each employee’s federal tax withholdings. The new form is intended to harmonize tax withholding declarations with the Tax Cuts and Jobs Act, which affected individuals for the first time during the last tax filing season.

Employees may complete a new W-4 each year or each time they experience a change in their personal financial situation. However, the new form does not invalidate prior versions, and employers are not expected to replace W-4 forms from previous years with the 2020 version.

Employers should become familiar with the updates to IRS Form W-4 and make it available for all new hires and employees who wish to amend their withholding declarations in 2020.

Please note that employers are not required to update W-4 forms that were completed and filed on or before 2019.

END_OF_DOCUMENT_TOKEN_TO_BE_REPLACED 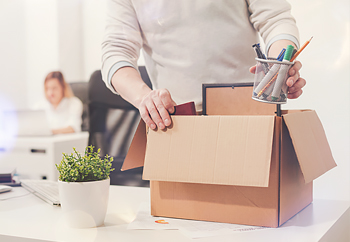 Senior executive Mark Wiseman was recently terminated from asset management firm Black Rock (where he was rumored to be next-in-line to be CEO) due to a consensual relationship with a coworker. Former McDonald’s CEO Steve Easterbrook suffered a similar fate back in November.

The public scandals took a toll not only on the people involved but also the companies and their shareholders, calling into question the concept of office dating policies and whether employers have the right to impose on their staff’s love lives.

“The reality is that 1 in 3 Americans admits to dating a coworker,” says Rob Wilson, President of Employco USA, an employment solutions firm with locations across the country. “Developing feelings for your coworkers is much more common than employers may like to admit, but in the #MeToo era, it’s doubly important for companies to make sure that they are doing everything they can to keep their workplaces safe.”

END_OF_DOCUMENT_TOKEN_TO_BE_REPLACED 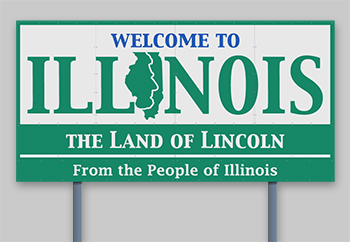 In June, the Illinois House of Representatives voted 66-47 to allow the possession and sale of marijuana beginning Jan. 1, 2020. With just weeks until weed becomes legal, employers need to consider how this may impact employees and the workplace.

“Your ability to monitor drug use among your employees is going to depend on whether or not you are a unionized or private workplace,” says Rob Wilson, President of Employco USA (a national employment-solutions firm based in Chicago, IL) and human resources expert. “While you have the right to expect and require sobriety from workers on the job, it can become a bit tricky when you suspect drug use and want to act on your fears.”

Wilson says that if you work in a non-unionized environment, you should ask a supervisor or human resources team member to help you determine if an employee is under the influence of marijuana.

“If your suspicions are backed up by other leaders in your company, you can discipline and even terminate your employee,” says Wilson.

END_OF_DOCUMENT_TOKEN_TO_BE_REPLACED

Employco USA, Inc. is pleased to announce that Robert “Griffen” Wilson has joined the firm as an Assistant Vice President. Griffen’s primary focus will be overseeing Employco’s national brokers program and connecting the firm’s broker partners with its sales and operations teams. In addition, Griffen will play a key role in supporting Employco’s trade show union relations across the country.

Griffen has been part of the Employco team for several years as a summer intern, working with all of the firm’s sales and operational teams to obtain a clear understanding of the unique functionality of each. He now joins the firm on a full-time basis, having graduated from Coastal Carolina University’s Wall School of Business in 2019 with a major in Business Management and a concentration in Entrepreneurship. In addition to working at Employco during his time in school, Griffen also founded Outer Shores LLC, an on-line clothing line specializing in casual wear. The company was committed to giving back to society and, to that end, donated 10% of all sales to cleaning up oceans and coastlines around the world. 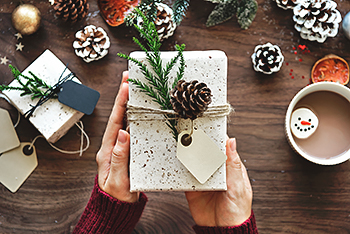 Exchanging holiday gifts in the workplace is often a tricky affair. The rules tend to be ambiguous, and expectations tend to vary widely from employee to employee. Luckily, there are several things that managers and HR personnel can do to make the holidays more joyful.

Rob Wilson, President of Employco USA and human resources expert says, “The biggest mistake I see is that managers think they shouldn’t weigh in on gift-giving. Yet employees want clear, concise guidelines. Some employees wonder: Should I give my boss a gift? And, if I don’t and everyone else does, what will they think of me? Others are strapped for cash yet feel obligated to give to everyone in the office, while some employees feel maligned because they are expected to give gifts when they don’t even celebrate the holidays.”

So, what is the answer? Wilson believes that a carefully crafted “gift-giving policy” is needed, and should be passed out to all new employees as well as circulated again during the holiday season. Possible tips to consider include: